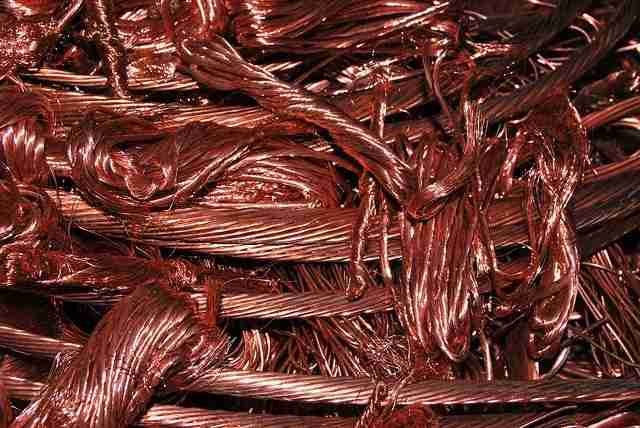 While 25% of the population may be at risk of copper deficiency, by far the biggest issue with copper is toxicity. I have written about copper toxicity in the past, but as time goes on and I see a wider and wider range of presentations in the clinic and understand more it becomes evident that this common form of toxicity underpins a lot of health issues.

What does copper do?
Copper is actually an essential trace mineral that activates specific enzymes. Copper is required to fix calcium in the bones and build and repair connective tissue. It is important in immune system function, nerve myelination, endorphin action and facilitates gene expression which is very important in fertility. Imbalances contribute to most skeletal, cardiovascular, muscular conditions, scoliosis, kyphosis, fibromyalgia and most conditions of the hair, skin and nails. But read on . . .

How do we check copper levels?
The easiest way is through a hair tissue mineral analysis (HTMA) which can show not just copper levels, but also heavy metal toxicity, levels of trace minerals and the essential mineral relationships. It’s a really useful tool for naturopaths, but I find it very useful as a homeopath and have been using this tool for around 15 years to assess cases which don’t respond to a well-chosen program of remedies.

Copper should be naturally excreted by the body, however, where the body is not functioning effectively, particularly the gut, or the copper intake is excessive, as happens today, copper builds up in the tissue rather than being excreted through the bile and other channels. In non-chelators such as, for example, autistic children, copper may instead be secreted in the intestinal mucosa, liver and kidneys, so that it doesn’t show up on a HMTA. We call this ‘hidden copper’ and there are many other indicators in the hair analysis that high copper is an issue.

Yeast, fungal infection, thrush, general infection
Copper favours aerobic or oxygen-based respiration in the cells. Yeasts, fungal organisms and bacteria favour an anaerobic or glucose-based metabolism, so excess sugar in the diet contributes. When copper is deficient or biologically unavailable infections often develop or worsen in the body.

Farmers use this principle and spray copper sulfate on food crops to kill fungi and bugs, thereby adding to our load from food. Copper is also used to disinfect swimming pools, hot tubs and municipal water supplies. People who have stubborn infections especially yeast or candida, usually have a copper imbalance.

Thyroid & adrenal function
The thyroid gland is very sensitive to copper which may build up in the gland contributing to a range of problems. Copper is also required by the adrenal glands in trace amounts but again may be susceptible to a build-up causing imbalances and subsequent functional issues.

Reproductive function
Oestrogen dominance is now one of the commonest reproductive problems I see in clinic. Copper is closely associated with oestrogen metabolism and is required for women’s fertility and to maintain pregnancy (see xenoestrogens below). Imbalance can contribute to every reproductive problem you could imagine – PMS, PCOS, fibroids, infertility, miscarriage, female organ cancers, sexual dysfunction, etc. Infertility is an issue in both men and women.

In addition to the above, we may see recurring thrush, painful periods and headaches which are worse at this time. Tendency to depression, which is worse at ovulation and during the period.

Another presenting symptom may be that since using the oral contraceptive pill (OCP) or other forms of contraception the patient experiences abdominal bloating, wind, alternating constipation and diarrhoea, food allergies and IBS.

Studies have shown that women may have a tendency to violent moods or behaviour before their period, a time of the month when the tissue copper level rises. Consuming chocolate (high in copper) which is common premenstrually may also contribute to this! Taking copper antagonists just before the period (eg Zinc and vitamin B6) may reduce PMS symptoms.

Cancer
Copper toxicity is associated with many types of human cancers, including prostate, bladder, breast, colon, lung and brain. Copper plays a part in angiogenesis, the formation of new capillaries from existing vasculature, which is a critical process in normal physiology. However, this is the process by which cancerous tumours form and grow, so high copper can lead to and aggravate the condition, and support its survival and often metastasis. This is particularly the case in breast cancer, some forms of which we know are hormone related, so we see the connection with xenoestrogens.

What are xenoestrogens?
These are endocrine disrupting compounds (EDC) which are a group of man-made chemicals. They are hormonally active agents which differ from phytoestrogens (oestrogenic substances from plants) and can be divided into pharmacological oestrogens and other agents that have an unintended detrimental oestrogenic effect.

Xenoestrogens (aka xenohormones) have been introduced into the environment by industrial, agricultural and chemical companies over the past few decades.

Some sources of Xenoestrogens

Nervous system
Copper is involved with several aspects of the central nervous system and imbalances are strongly associated with most psychological, emotional and often neurological conditions. These include memory loss, especially in young people, depression, dyslexia and other learning difficulties, anxiety, bipolar, schizophrenia and many others.

Copper & other nutrients
Copper and zinc are antagonistic which means that if you take too much zinc for too long you can stop the body absorbing copper and then you run into problems with deficiency. While this is not as common as toxicity, it could be an issue where you are using Zinc to help chelate heavy metals. HTMA is an important tool in knowing when the copper levels are back to normal and it’s important to go easy with the nutritional side of chelation. However, homeopathic chelation brings the system into balance, encouraging natural chelation so the potential for deficiency is less of an issue.

Many people have the opposite problem of being extremely low in Zinc due to our modern diets and processed foods, resulting in high copper levels. Children with congenital copper deficiency may continue this into adulthood if the zinc deficiency is not addressed.

Low molybdenum can lead to or worsen copper excess.

Deficiency can also be caused by taking too much vitamin C for too long, high iron levels and the body being too alkaline either naturally or through the use of antacids. However, the body requires vitamin C for its antioxidant effect in copper toxicity so again balance is important here.

What symptoms do we see?
Some of the symptoms are as follows and it doesn’t take many guesses to see some of the common diagnoses which come to mind:

Sources of copper
Copper is found naturally in many foods in very small amounts, but it’s the copper that comes from our environment that is a major problem.

Chelating Copper
Some cases will respond beautifully to normal constitutional treatment (treating the whole person not just the diagnosis or symptoms alone) and with a little extra zinc the body can naturally chelate.

Sometimes this toxicity creates an obstacle to cure and needs to be removed before health can be restored. This is done through homeopathic chelation (removal of the toxic overload), looking at mineral levels and also looking at diet. It can be done with other natural methods but from my experience homeopathy can work more quickly.

While the only sure way to ascertain the copper level is by doing a hair tissue mineral analysis, I’ve seen so many cases over the years that I can usually pick it from the presenting picture. HTMA, however, is always required for confirmation and to assess any other potential issues.

I would usually consider toxicity as being a factor if a case is not progressing on well-chosen remedies and of course this would apply to mercury, aluminium, lead, cadmium toxicities, etc.

Conclusion
So high copper requires homeopathic constitutional treatment to support the immune system, chelation to remove the copper and balance the system, and nutritional support as well. Results can be very rapid in children and outcomes are generally good.

Remember also that copper levels are passed from mother to child and if the mother’s diet is high in copper when breastfeeding this adds to the child’s load.

I could write a book on the subject of copper toxicity and I expect someone already has, however, this is a taster of the health issues associated with copper both in excess and in deficiency to give you some pointers.

Consider your diet, your lifestyle and your health, but do consider that elevated copper is a major issue in our world and does need to be dealt with for optimum health and well-being.

Melanie Creedy is a UK trained and Australian Registered Homeopath (AROH). She is currently Vice President and Professional Development Coordinator of the Australian Homoeopathic Association. Melanie has used homeopathy for 30 years and has been in practice since 1998. For many years she ran The Children’s Ear Clinic in Western Australian, but since her tree change to Tasmania, has a special interest in women’s and children’s health generally and helping individuals manage their journey on the spiritual path with homeopathy and her range of essences. Melanie has developed her own methods of dealing with complex cases over the years and offers distance consultations via phone and skype to allow people Australia-wide to access her services. You can find out more about Melanie or contact her at www.elementsofhealth.com.au.

Homeopathy is a traditional medicine. It may be used in conjunction with other medicines. For any ongoing chronic condition, it is important to be assessed or examined by your healthcare professional or specialist. Always seek medical advice in emergencies. The information provided in this blog does not constitute medical advice but is for information only. If in doubt as to the appropriateness of a suggestion or treatment seek advice from your homeopath.