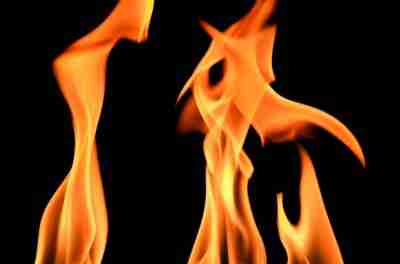 Some years back I wrote a series of newsletter articles addressing the psychology behind some of the physical symptoms we may experience in our lives. I thought these may be interesting to review in the context of our discussions on the life path.

Let’s start by looking at one of the commonest and most basic aspects of the disease process within the human body – infection and/or inflammation.

This is something I treated most often in my years working in The Children’s Ear Clinic – ear infections, tonsillitis, urinary tract infections, chest infections. These acute illnesses are obviously still a common event in every day practice with both adults and children.

Most of the symptoms that present themselves in acute illness are inflammations of one kind or another, from colds at one end of the spectrum to more severe conditions like meningitis or sepsis at the other and inflamed joints, bad backs and so on in the middle.

In medical terminology anything ending in ‘itis’ reveals that an inflammatory process is at work, such as otitis media (ear infection), colitis, tonsillitis, arthritis, cystitis, bursitis and so on.

The inflammatory process can be seen as a ‘war within the body’; an army of hostile disease agents (bacteria, viruses, toxins) which threaten to overwhelm our life force. The inflammatory symptoms or enemy are engaged and resisted by the body’s defence system.

This warlike activity we experience in the form of symptoms such as swelling, redness, pain, fever and sometimes pus. If the immune system is strong the body is victorious over the invading disease-agents by the strength of its own well-honed defence mechanism. Sometimes it needs weapons such as antibiotics or anti-inflammatories to assist in the process and we survive the infection, reducing the inflammation. If the disease-agent wins, the patient dies – an all too frequent occurrence before there was an understanding of germ theory and before antibiotics.

The word ‘inflammation’ which is commonly used in relation to infection encompasses the word ‘flam(e)’ which is so characteristic of war and fire and also has a relationship with anger.  We can imagine, and have no doubt at some time experienced, this physical flame or fire in our own bodies when infection sets in and where perhaps a small spot or abscess bursts and discharges, an eardrum perforates releasing pus or we burn up with fever.

But infection and inflammation are not just symptoms on the physical level!

If we look more deeply we can see they are internal (and perhaps subconscious) conflicts that have taken on physical form. Sometimes we are aware of conflict in our lives but do not know how to deal with it, so effectively ignore it. More often we are unaware on a conscious level that something is bothering us to the point that it is causing us symptoms. Like the abscess ripening until it explodes, we can have an issue which simmers away in our unconscious, where we have hidden it in our ‘too hard basket’ until it explodes in an acute and sometimes dramatic way.

This physical symptom is often an unconscious choice, rather than producing an explosion in our conscious mind or the issue being expressed/voiced as anger. Inflammation is strongly connected with suppressed anger and the longer and harder we try to suppress it by ignoring it or suppress it with drugs, the harder it tries to find an outlet.

If we ignore something for long enough it doesn’t just go away.

If we are unwilling (consciously or unconsciously) to deal with an issue that irritates us, we force our bodies to express the irritation physically instead. The disease-agents take up residence in particular weak points within the body which are traditionally know as ‘points of least resistance’.

Homeopathically we see these weak points as our congenital or inherited weaknesses and they will determine the types of illness we are susceptible to. We may be prone to tonsillitis, for example, so there is perhaps an underlying irritation with something in our life which we are unable or unwilling to express (the symbology of the throat). If tonsillitis is a family trait then this lack of or inability to express is frequently a family theme.

The problem many health professionals see now is that despite the powerful weapons of antibiotics, in many patients the war has gone on so long that the soldiers (the immune system) are exhausted and their weapons (antibiotics) are no longer strong enough to continue to fight the war and win. Over time we see that more infections are becoming more recurrent and many infections are also becoming antibiotic resistant. The symptoms (emotional and physical alike) are being pushed underground where they hide and opportunistically wait for another chance to fight the fight. Even buoyed with powerful weapons such as antibiotics, the soldier does not have the strength for this ongoing fight and now merely uses this simple symptom of recurrent infection and inflammation to indicate that all is not well in our personal world.

While the discovery of antibiotics has made huge advances in the treatment of infection, this is not to say that we suffer less infections, merely that we have these weapons at our disposal for fighting them. Many lives are saved, but often the process of recurrent antibiotic or anti-inflammatory use suppresses the body’s own immune system, making it less able to overcome future flare-ups. The condition either becomes low grade chronic (ie it doesn’t really go away but flares up now and again) or some other condition appears as a response to the suppression with drugs.

Conventional medicine sees new symptoms as a new and separate condition, but the homeopath meticulously tracks back through the life history to make the connections. We cannot just keep taking medications to suppress the symptoms, but rather we need to look at the whole picture.

Many children I see have a strong inherited tendency to certain illnesses, perhaps triggered by being in childcare, the stresses of moving house or maybe a new sibling. However, it is evident in some children – often the most unwell – that there are conflicts in their lives that they do not know how to handle and these present on the physical level as recurrent infection or chronic illness. In particular, symptoms of the ears are symbolically connected with not wishing to hear something, which in some situations may mean arguments between parents, bullying at school or feeling too much pressure about school or behaviour. Sometimes this is not just the child’s issue, but may relate back to a parent or even grandparent.

Because small children cannot express their dis-ease in words they produce recurrent physical symptoms, for example after parents separate or a pet dies. Older children may feel unable to express themselves due to a family situation or parental behaviour. **

Likewise some adults can’t express their dis-ease with life and their situation and so produce physical symptoms. Inflammation and/or infection on the physical level tends to represent anger, irritation on the mental/emotional/spiritual levels. Any homeopathic remedy or indeed any treatment selected to treat recurrent symptoms needs to also address underlying issues on all levels or it will not act deeply enough to bring the system back to balance and give the soldiers back their own inherent strength.

So we really needs to ask ourselves some questions if bothered by inflammation or infection:

These questions don’t just apply to the subject of infection and inflammation, but to any recurrent physical condition that is bothering us.

In the blog on What is the life path? I looked at the concept of where we resonate. If our symptoms are mainly physical then this is where we are resonating most strongly in our lives and consequently where we produce the signs and symptoms of our discomfort and dise-ease.

From a homeopathic perspective, we can certainly build a strong immune system and reduce or prevent infection. However, an issue we don’t deal with sets up what we call ‘an obstacle to cure’, preventing long-term health and perhaps allowing our system to produce more serious conditions if we do not heed the message.

There are often surprises in store when you talk to a homeopath. A consultation to discuss recurrent tonsillitis or urinary tract infections may in fact stray into the realms of where you are stuck on your life path. And rightly so!

** Children often produce fever as part of their developmental stages and a high fever is a normal part of this process. Suppression of these fevers can often cause more harm than good as it prevents the body undergoing a natural and necessary process. The problem these days however is that many children have had their fevers suppressed so often with Panadol/Nurofen that their system is unable to work through the whole process unaided. A simple fever may progress into a low grade intermittent fever or other recurrent symptom due to a weak immune system. Always seek assistance for a fever in a child under 6 months old.

The Body is the Barometer of Soul; Annette Noontil

Melanie Creedy trained in the UK in the early 1990s and holds a Bachelor of Health Science in Homeopathy. She is registered with the Australian Register of Homoeopaths (AROH) and is a member of the Australian Homoeopathic Association.
She was Vice President and Professional Development Coordinator of the Australian Homoeopathic Association from 2011 to 2015 and is editor of the AHA National Newsletter.
Melanie has used homeopathy for 30 years and has been in practice since 1998. For many years she ran The Children’s Ear Clinic in Western Australia, but since her tree change to Tasmania, has a special interest in women’s and children’s health generally and helping individuals manage their journey on the spiritual path with homeopathy and her range of essences. Melanie has developed her own methods of dealing with complex cases over the years and offers distance consultations via phone and skype to allow people Australia-wide to access her services.
Homeopathy is a traditional medicine. It may be used in conjunction with other medicines. For any ongoing chronic condition or serious acute illness, it is important to be assessed or examined by your GP or specialist. Always seek medical advice in emergencies. The information provided in this blog does not constitute medical advice but is for information only. If in doubt as to the appropriateness of a  suggestion or treatment seek advice from your healthcare professional.
Image courtesy of Just2shutter at FreeDigitalPhotos.net