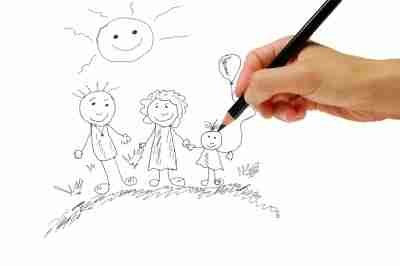 Almost every time I log in there’s something in my inbox about the Mother Wound. In the clinic my patients frequently refer to how their mothers shaped their lives and if they don’t then I always ask because it is a key area of our development.

Even those people who had perfect childhoods sometimes come to a realisation that an issue they have, which they never associated with childhood, perhaps had its roots there.

According to various authorities, and also what many patients say, there are a whole range of mothers out there. Narcissistic mothers, neglectful mothers, grieving mothers, mentally ill mothers and there are of course mothers who separate from fathers and mothers who love another child more.

My own Mother Wound was something I was aware of being present very early in my life. It was almost a death wound when six months after being ripped from the bosom of my large extended family in the UK to emigrate to early 70’s Perth, my mother left my father – and my brother and I – to run away with another man. Not only that, it was my first week in high school and I became the only child in my class whose parents were divorced!

So began a major trauma that I worked through for years, first unconsciously, then consciously. I suffered suicidal depression and was a bit of a wayward teenager but somehow I survived and got engaged and then married (to someone else!) and then divorced and then married again – all in the space of about five years. Then I spent years stewing over my misfortune, not fitting in, feeling like I couldn’t achieve, suffering low self-confidence and more suicidal depression and all the while stewing over how my mother did this and that and that was the cause of my miserable life.

I did this for twenty years before I started to become spiritually aware. Then I spent a lot more years working through my “Mother Wound”, looking at my lineage, trying to forgive and build a relationship with my mum. Still blaming her for my troubles, but strangely never my father, who actually was the cause of much of the situation for both my mother and myself! Although I now see he had his own “Father Wound”!

Eventually, as my mum and I got older and we spent more time together, I started to think about my mum’s life, my grandma’s life and even my great grandma’s life – all of which were damaged and troubled. My mum had an awful childhood herself so she had her own “Mother Wound”. Then she made an awful first marriage, followed by an awful second marriage. But my mum is a survivor and she’s one of the most optimistic people you could meet – but that’s after all of her soul searching through her 50’s. She would often say to me, before I was on the path consciously myself, that she’d come to know herself and found inner peace. OMG that used to annoy me so much after what she’d done to me! How was that fair and why did she have to keep telling me that.

Then one day I was thinking about where we learn our biggest lessons in life and why we choose who we work with in this life. Of course I’d already had the thought that we’d worked together before and no doubt in another life our soul contract was different. Perhaps I was the perpetrator and my mum was the victim.

Obviously many of the most challenging relationships allow us to see our shadow side by reflecting the things we most need to work with or to see. These will often be the most uncomfortable and unhappy relationships but we will learn the most in these situations. We often don’t see that at the time – that’s the point really – but as we become conscious we can begin to gather together all the things we have learned and integrate them into our life and how we relate to others and ourselves.

Then I got to thinking that mum and I were both victims. I gnawed on that for some time but quite quickly decided that I don’t like to think of myself as a victim anymore, so I let that go. It was more of a thought process and one to move on from quickly because being a victim is not productive. It’s a stagnant, negative place to be and it’s certainly not healthy to dwell there long.

And then I realised that there are a lot of labels in the whole process of working through this:

These are just a few but I’m sure you could add many of your own.

And in the process of thinking about these labels and listening to my clients talking about their mother – and sometimes father – issues, I had a major realisation.

The only way to bring a reality check to this is to remove the labels. This includes removing the word Mother and Father and whatever other name you refer to your parent by. Once you’ve done this, you will quite likely find standing in front of you a person just like you. Someone who’s had their share of troubles, who perhaps had some demon in their early life which shaped them into the individual they were when they “damaged” you and probably someone who is not spiritually aware enough to change – unlike my mum. Often this person was just trying to do their best, maybe  struggling with life and learning as they went along themselves.

We are none of us perfect. We all struggle to get through life at times, to compensate for the bad stuff and just to survive in the hope that we can derive a little happiness or satisfaction.

We can’t see below the surface of another person, we can’t read their mind or walk in their shoes, but what I’ve learned from my patients over the years is that the answer you get when you ask a question can be completely different from what you are expecting, so we can never assume we know someone else’s truth. It’s all about individual perception.

Some of our parents are never going to change because they just don’t have that capacity and it’s not in your soul contracts anyway! But at some point, we have to stop being victims and we have to make our peace with this process. We have to walk away from the concept of the Mother Wound and even if we can’t get to the point of forgiving just yet, we need to let go of the labels and understand that our mother is a person – Jane, Joan, Jennifer – just like us.

This is the next step on the continuing journey of our lives.

Melanie Creedy is a UK trained and Australian Registered Homeopath (AROH) and has used homeopathy for 30 years and has been in practice since 1998. For many years she ran The Children’s Ear Clinic in Western Australia, but since her tree change to Tasmania, has a special interest in women’s and children’s health generally and helping individuals manage their journey on the spiritual path with homeopathy and her range of essences.
Melanie works with people on their life path using soul talk and soul listening and intuiting esoteric vibrational remedies to remove obstacles on the path. This can relate to physical, mental and emotional issues which are part of our ‘soul choices’ for this lifetime. She offers distance consultations via phone and skype to allow people Australia-wide to access her services.
Homeopathy is a traditional medicine. It may be used in conjunction with other medicines. For any ongoing chronic condition, it is important to be assessed or examined by your healthcare professional or specialist. Always seek medical advice in emergencies. The information provided in this blog does not constitute medical advice but is for information only. If in doubt as to the appropriateness of a  suggestion or treatment seek advice from your homeopath.
Image courtesy of Kookkai_nak at www.freedigitalphotos.net.