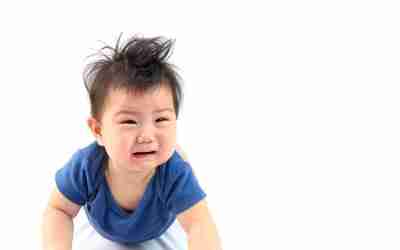 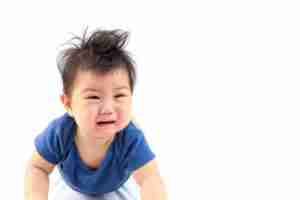 It’s easy to put a lot of the woes of babies down to teething, but if you think about it, every child needs to cut their teeth and there are a lot of them!

Some babies are born with some teeth (yes really) and some will start to teeth as early as two or three months old, while the average age would be around four to six months. Teething can be really easy for some babies and they just pop out with hardly a murmur, but there are those children who are just challenging teethers.

A lot of GPs deny that teething can cause symptoms at all and put issues such as sore ears, runny noses or upset tummies down to viral illness or even declare it as “normal”. Close observation shows this is not the case and there are a whole host of symptoms which may accompany a child’s efforts to cut teeth. The top eye teeth and the big molars are particularly difficult for some children but homeopathy can be really helpful, with both acute support and individualized constitutional care having their place at this time.

And while homeopathic remedies can be a great support at this time, if your home prescribing doesn’t seem effective, do contact your homeopath and, as always, do check in with your GP if symptoms have been going on for what seems forever, or if symptoms seem more severe than you might expect. It’s always reassuring all round to get bub checked over by a professional.

So what symptoms might present in relation to teeth?

While sometimes we can put symptoms down to viral illness, teething in my books is the most common presentation in babies of a certain age and good constitutional treatment can settle the situation and help the teeth come through more easily if home prescribing is not successful.

We do have a tendency to think only of Chamomilla for teething, but it is not suitable in all cases and this can lead people to think homeopathy doesn’t work, when in actual fact it’s just a case of an unsuitable remedy. Remember, even in acute illness we do need to individualise the remedy to the person and not to the symptoms.

Chamomilla, as I’ve said, is seen as almost specific in teething. The child is very irritable, unsettled and generally unhappy. They are very sensitive to the pain and demand to be held and carried but after a time this no longer comforts them. They like to be carried or rocked quite hard and fast and if the parent stops the baby starts crying, whinging or screaming. They may demand things and then throw them across the room and they can also hit out in anger. These are very challenging babies to manage and parents often feel they can’t cope! On the physical level the Chamomilla baby may present with one cheek red and the other pale. The head may be sweaty and the classic greenish, offensive diarrhea may be present.

Belladonna is especially indicated where there is fever* with teething, with violent starting and jumping, red face and radiating heat. Small children may be delirious with dilated pupils or they can just be lethargic. Symptoms may come on quite suddenly and strongly around 3pm and can also be worse in the middle of the night. Belladonna is about inflammation so the gums may be red, hot and swollen.

Calc carb This remedy is related to Belladonna so the fever symptoms may be similar. These children have slow, difficult and often late teething. It can feel like it goes on forever to the parents of a Calc carb child. They are generally quite contented babies but when unwell can be very stubborn. In slow teething, the gums may be pale and shiny and teeth a long time in coming through. These babies are often chubby, clammy, clingy and constipated!

Calc phos suits those thin, irritable, unhappy babies with open fontanelles. They are slow in teething and the teeth decay rapidly. There is a deficiency of both bone tissue and enamel. They may have diarrhea with teething. This remedy can work well in either the 6x (tissue salt) potency or a 30c and a course of tissue salts may be helpful, along with perhaps Calc Fluor and/or Silica in improving the integrity of the teeth. Speak to your homeopath about constitutional treatment for this issue though.

Merc Sol These babies have really excessive, sometimes slimy, drooling, bad breath and a coated tongue. Pain is often worse at night. They may also have green, slimy diarrhea or runny nose and a tendency to ear infections with teething.

Pulsatilla The baby needing Pulsatilla is the opposite of Chamomilla. It’s often said that you want to cuddle a Pulsatilla child and give away a Chamomilla child!! When teething they are whingy, weepy and clingy and can look a lot like the Calc carb child.  They are often better for slow gentle rocking and being cuddled. Symptoms are always changeable in those needing Pulsatilla, whether moods, nappies or mucous. Cold food or a cold teething ring may give some comfort, as will being out in the fresh air because they don’t do well in a warm, stuffy room.  The lips and mouth may be dry but they are rarely thirsty.

ABC is a traditional combination of three well known children’s remedies – Aconite, Belladonna and Chamomilla. This is a great combination for teething which can be really useful for fever* and pain and takes the thinking out of the equation, particularly in the middle of the night. It is a widely used preparation which can be really helpful if you’re not sure what else to give in intense symptoms.

Teething Combination According to many parents, a lot of homeopathic formulae are pretty ineffective. This may be that the remedies (often largely Chamomilla and Calc Phos) are just not indicated as often as we think. After hearing this woeful story for some time I created my own combination remedy as a first line of support for suffering babies (and parents!) and feedback is generally good. It’s obviously not going to work in all cases, because homeopathy is about individualisation and some babies just need their own individual remedy to get through this phase.

Kreosotum I mention this remedy more for interest as it is not a common first aid remedy but it is excellent in some cases of teething and a remedy that I do sometimes prescribe when teething is very painful and difficult. The gums may be spongy and painful, the child frets and tosses all night. When the teeth erupt they may be marked by decay and this can elicit a discussion on what was happening in the pregnancy, has there been antibiotic use, etc. This picture usually relates to the family layer and the inherited tendencies and more often than using Kreostum, I would prescribe the related family remedy. In some cases ,we might expect to see very bad morning sickness in the mother as well.

In addition to helping with the discomfort, homeopathic remedies can also help improve your child’s vitality, mood and sleep, and may help transition them through teething and other milestones.

So if you find yourself desperately buying and trying all of the teething products on the market without success and you’re starting to try to source small remedies such as Kreosotum, Coffea or Rheum, it’s definitely time to get in contact with your homeopath for a consultation. My advice is to do this sooner rather than later as not only will it save you money in the long term, but it will save you aggravation in the short term!

There are probably about 50 remedies that are commonly used by home prescribers, but there are 5000 or more homeopathic remedies that your registered homeopath can choose from. There is also the question of what potency and how often, so take my advice and talk to a professional. You’ll be glad you did!

*Always seek medical help for a fever in a child under 6 months of age.

Melanie Creedy is a UK trained and Australian Registered Homeopath (AROH). She was Vice President and Professional Development Coordinator of the Australian Homoeopathic Association from 2011 to 2015 and is editor of the AHA National Newsletter.

Melanie has used homeopathy for more than 30 years and has been in practice since 1998. For many years she ran The Children’s Ear Clinic in Western Australia, but since her tree change to Tasmania, has a special interest in women’s and children’s health generally and helping individuals manage their journey on the spiritual path with homeopathy and her range of essences.

Melanie has developed her own methods of dealing with complex cases over the years and offers distance consultations via phone and skype to allow people Australia-wide to access her services.

Homeopathy is a traditional medicine. It may be used in conjunction with other medicines. For any ongoing chronic condition, it is important to be assessed or examined by your healthcare professional or specialist. Always seek medical advice in emergencies.

The information in this article does not constitute medical advice. It is referenced from the texts approved by Therapeutic Goods Administration and is for information only. If in doubt as to the appropriateness of a treatment seek advice from your homeopath.

Image courtesy of Phaitoon at FreeDigitalPhotos.net