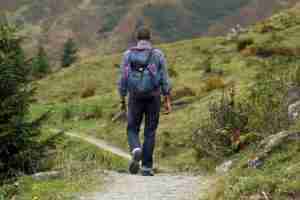 Tasmania seems to be the world centre for camping and bushwalking and of course it happens not just here, but all over the country and all over the world!

Every holidays, come rain or shine, families go away camping and walking and of course many tourists arrive who love to do the same thing.

Every three years I am required to redo my Senior First Aid Certificate. I’ve now done this six times in my years in practice and as I sit through the section on broken bones, bites and stings, and wounds, I always reflect on how very useful a small selection of homeopathic remedies would be!

I had the opportunity to put my first aid skills into practice a month or so ago when a new mum collapsed outside our local bakery. I jumped into action doing my DRABC (which has probably changed again from two years ago!). What I would have loved to have done was pull out the little kit that I always carry in my handbag and give her some Arnica and SOS, but of course that isn’t something you can do with a complete stranger.

I would expect that all bush walkers would carry a first aid kit with them, but there is actually very little in a conventionally prepared kit which is going to bring immediate relief to many of the small and niggly things we can experience while in the great outdoors.

We’ve put together information on an 18 remedy kit which covers all situations from heat to cold and everything in between, but as few as ten well selected remedies could make a big difference to outcomes in the bush.

The information below includes some of the situations we can find ourselves in while having fun in the great Australian outdoors!! I’ve given you a little information on each remedy and also instructions for use.

Remedies don’t generally interact with other medications because of the way they work and can make a big difference if you are a long distance from the nearest hospital.

If in doubt as to what to take, I always suggest Arnica is your best option. It covers shock, both physical and mental, and all sorts of accidents and injuries. It is frequently the first, and maybe only, remedy you are going to need! If you have the weight allowance, Hypercal cream could be a great addition (if transferred to a small plastic container) for bites, stings, rashes, sore feet, wounds and so on.

If you are not familiar with using single homeopathic remedies, you may be a little puzzled by the fact that one remedy can do so many things, but this is a fact of this amazing modality. Each remedy usually has applications for mental, emotional and physical symptoms, making homeopathy a useful support with just a few remedies required to cover a multitude of situations.

Any suggestions for remedies should always be used alongside traditional and appropriate first aid measures and emergency care as appropriate.

The information in this post is sourced from the homeopathic texts approved by the Therapeutic Goods Administration Advertising Code and are specifically for camping and bushwalking first aid situations, where no other immediate emergency treatment is available.

General indications for use.

Here are some examples of what you might use your kit for and how you might take the remedies.

Bleeding For wounds that bleed freely, give Arnica 30c and Lachesis 30c every 10-15 minutes.

Collapse Carbo Veg 30c every 10 minutes for up to 5 doses.

Crush Injuries Hypericum 30c every ½ to 4 hours. Arnica 30c for bruising as required.

Falls Arnica 30c every 10 minutes for up to 5 doses then reduce as there is improvement. Falls on Tailbone – as for crush injuries.

Metatarsalgia Pain in ball of foot or on top of foot Ruta 30c every 4 hours.

Pain Arnica 30c for sore bruised pains. Hypericum 30c if nerve pain after crush injury or penetrating wound. Bryonia 30c for strong pain worse from any motion. Give as frequently as required.

Bites (Animal) Clean the wound with an alcohol swab. Give Arnica 30c and Ledum 30c every 15 minutes for up to 5 doses of each as required and then reduce as symptoms improve.

Bites (Insects) If you are prone to being bitten, it is possible to modify the body scent with garlic, Vitamin B1 50mg every 12 hours and Caladium 6c daily.

Treat insect bites (including tick bites) immediately with an alcohol swab or similar and give Ledum 30c every 4 hours. If watery blisters develop give Cantharis 30c. If symptoms develop later on such as pus, flu like symptoms and muscle pain, contact your healthcare provider. If unable to do so, consider Hepar Sulph or Silica.

Stings Give Ledum 30c every 15 minutes for up to 5 doses, then reduce to 4 hourly.  In addition, for bee-like stings with heat, swelling (including allergic reaction) and stinging pain give Apis 30c (or higher) every 10-15 minutes.

Carbolic Acid is also an excellent remedy for tendency to strong allergic reaction and worth including if your kit if you are reactive to bites, stings and/or foods. For general pain consider Bryonia 30c, for nerve pain Hypericum 30c. Give Aconite 30c if there are symptoms of shock. If there is physical shock/collapse give Carbo Veg 30c every 10-15 minutes.

Chilblains Red, itchy, painful, worse for heat Rhus Tox 30c every 4 hours or Agaricus 6c if no improvement after 5 doses.  Take every 12 hours as a preventative.

Snowblindness or ailments from glare off snow. Make an eye lotion from cold tea and bathe. Give Aconite 30c every 4 hours.

Heat Rash/Hives Urtica 30c (small rash, minor swelling).Apis 30c (swelling, large rash, worse for heat) give every 2 hours. Urtica 30c may be used once a day during exposure as a preventative.

Homeopathy is a traditional medicine. It may be used in conjunction with other medicines. For any ongoing chronic condition, it is important to be assessed or examined by your healthcare professional or specialist. Always seek medical advice in emergencies. The information in this article does not constitute medical advice. It is referenced from the texts approved by Therapeutic Goods Administration and is for information only. If in doubt as to the appropriateness of a treatment seek advice from your homeopath.