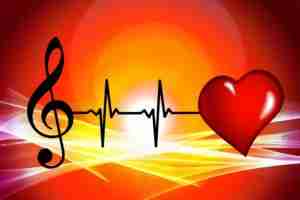 Potency is a little understood but important aspect of homeopathy and in recent weeks has come under scrutiny in the media, with a certain lack of understanding displayed by the journalist in question.

Some of you will have seen the item in the media about “children dying after taking homeopathic remedies”. The product in question contained the remedy Belladonna in a 12x dilution or “potency”. Many of you will have heard of Belladonna or Deadly Nightshade and – yes, it is a poison in its material substance – but no, it’s not dangerous at all when used homeopathically in the right way.

Homeopathy has been using many potential poisons for more than 200 years to help with all sorts of conditions in the home and in the clinic. The way in which our remedies are made determines how they work and how low risk (or safe) they are … and they are low risk!

There has been a bit of a stir about the Hyland’s Teething Tablets on social media and this just seemed a good opportunity to pen a few words about the potency of homeopathic remedies, the thing which makes homeopathy unique and so powerful or POTENT!

For those of you who don’t know what potency is at all, it’s the number after the name of the remedy (6c, 30c, 6x, 12x) and it indicates how many times the remedy has been diluted, which is the process by which a homeopathic remedy is made in the pharmacy.

Getting back to the Hylands Teething Tablets, the Therapeutic Goods Administration (TGA) in Australia says that if we use anything above a 4x potency (1 in 10 dilution, four times diluted – see more below) then the product is going to be low risk for any adverse reactions. Obviously, like any medicine, this is also going to be dependent on you following the instructions.

Potency is really about how deeply the remedy acts, for how long and whether it is primarily going to act on the mental, emotional or physical levels.

It is also – to my mind anyway – about how much energy a remedy at a particular potency contains to do the job it needs to do. While lower potencies (6x, 12x, 6c, 12c) tend to act more on the physical level, this doesn’t mean that they won’t work on the mental/emotional. If a patient is sensitive to a remedy it will work whatever potency you give but some potencies will work better and for longer than others.

There is also an element of susceptibility in what potency is going to be best for you.

If you are quite sensitive, then your immune system isn’t going to need too much stimulation to get that natural healing action happening. In constitutional prescribing your homeopath will pick the most appropriate potency for a particular situation or remedy.

Like the remedy, the potency also needs to be individualised.

Just because the number might be higher doesn’t mean it will work better or quicker, which is certainly the perception of some people. Occasionally I’ve told people that a 200c is “stronger” than a 30c, but to some people this makes it seem like this might not be a good thing if we are talking about giving a baby a higher potency (stronger dose).

Stronger is really the wrong word, but it’s a word we understand because of pharmaceutical medicine. In homeopathy it doesn’t mean it is going to make it more dangerous, but actually more potent or in some cases, deeper acting.

Perhaps if we think of a sheet of music with those five lines, we might think of a 6x and 6c being on the bottom lines, 30c on the next line, 200c on the middle line and so on upwards. So the potency of a remedy is like a musical note or an energy and perhaps this is a helpful way to visualise it.

Where do you resonate? What note or energy matches your own energy?

That number and the number of times the remedy has been diluted actually indicates a level of energy or resonant frequency. We are talking about something energetic – rather like acupuncture – when we talk about homeopathy and my explanation is always that the potency indicates the energy of the remedy.

As individuals we are also energetic – well we would be or we’d be dead, wouldn’t we?!

So we all have an energetic frequency or level at which we too resonate. When we take a homeopathic remedy we are trying to match our resonant frequency or energy with that of the remedy we take to get the best outcome.

We don’t always need a 200c potency and sometimes if we are quite sensitive, it doesn’t take much of a stimulus for our energy system or immune system to start the healing process, because this is what we are trying to initiate with a remedy.

For some people a 200c can be a bit like hitting yourself on the head with a hammer and a lower potency, such as a 6x or a 6c, is going to be gentler, but still have a good effect.

Choosing the right potency really is part of the expertise of your practitioner – understanding where you resonate and therefore what potency is going to work best for your particular condition or situation.

A higher potency is not necessarily better – a lower potency could also be required and I’ve seen fantastic results when all that was available was a tissue salt in a 6x potency. It’s also about the skill of picking a potency that is going to act without causing an aggravation or healing crisis, which sometimes happens if potencies are too high.

At Elements of Health, we use the 30c potency in most of our kits because this is what I’d call a good mid-range potency – it works on all levels. Usually for acute ailments you don’t need a higher potency if the remedy itself is right. As I said before, even a 6x potency can have a fantastic result, so don’t under-estimate the power of this little low potency to heal.

How we make or potentise a remedy

So simple explanation: we take one drop of our base substance – in the case of Chamomilla this is the chamomile plant and we make it into a tincture, like a herbal medicine. If it’s a mineral like Silica, then it’s crushed up in order to make the remedy.

We bang the bottle firmly twenty times (this is succussion) on our hand or on a bible – that’s how they did it in the old days – or in the bigger pharmacies a special machine does it. This energises or activates the remedy and we have a 1c potency. That’s a 1 in 100 dilution.

If we then take one drop of this 1c potency, add this to 99 drops of alcohol and succuss, we then have a 2c potency.

To get a 30c potency we have to go through this process of 1 drop plus 99 drops 30 times. So that’s very dilute and that’s where homeopathy often loses people! Because to make a 200c potency we go through the process 200 times and for a 1M, 1000 times.

That is really really dilute. Even a 12x (1 in 10 dilution x 12) is very dilute and this is the point at which there is said to be nothing of the original substance left. Now in relation to Hyland’s Teething Tablets, what was said in the media was that the product was not consistent and that some tablets had more substance than others. Since a 6c has been compared to a drop in a swimming pool and a 30c to a drop in an ocean, even at 12x we are talking very very dilute indeed! Any substance picked up is going to be a nano particle, unless there has been a major flaw in manufacture.

So back to potency. If you see 6x or 12x on the label, this indicates a one in ten dilution, such as we see in tissue salts or some of the organ support remedies I use in clinic. The LM potencies, which I use a lot in constitutional prescribing, are a one in 500 dilution. To some people this would indicate it is weaker because it is so dilute, but because of the succussion process which energises the remedy, it is actually more potent, so acts more deeply but also more gently.

If you are still with me at this point, you’ve done well!

Our remedies are very dilute, but they are very potent and powerful. They can also be very gentle when used correctly and if you have the right remedy, it may not matter greatly what potency you use because it should stimulate a healing reaction.

Our remedies may be super dilute, but it’s the manufacturing process which energises them and makes them potent, deep acting and powerful medicines!

Melanie Creedy is a UK trained and Australian Registered Homeopath (AROH). She was Vice President and Professional Development Coordinator of the Australian Homoeopathic Association from 2011 to 2015 and is editor of the AHA National Newsletter. Melanie has used homeopathy for 30 years and has been in practice since 1998. For many years she ran The Children’s Ear Clinic in Western Australia, but since her tree change to Tasmania, has a special interest in women’s and children’s health generally and helping individuals manage their journey on the spiritual path with homeopathy and her range of essences. Melanie has developed her own methods of dealing with complex cases over the years and offers distance consultations via phone and skype to allow people Australia-wide to access her services.

Homeopathy is a traditional medicine. It may be used in conjunction with other medicines. For any ongoing chronic condition, it is important to be assessed or examined by your healthcare professional or specialist. Always seek medical advice in emergencies. The information provided in this blog does not constitute medical advice but is for information only. If in doubt as to the appropriateness of a  suggestion or treatment seek advice from your homeopath.