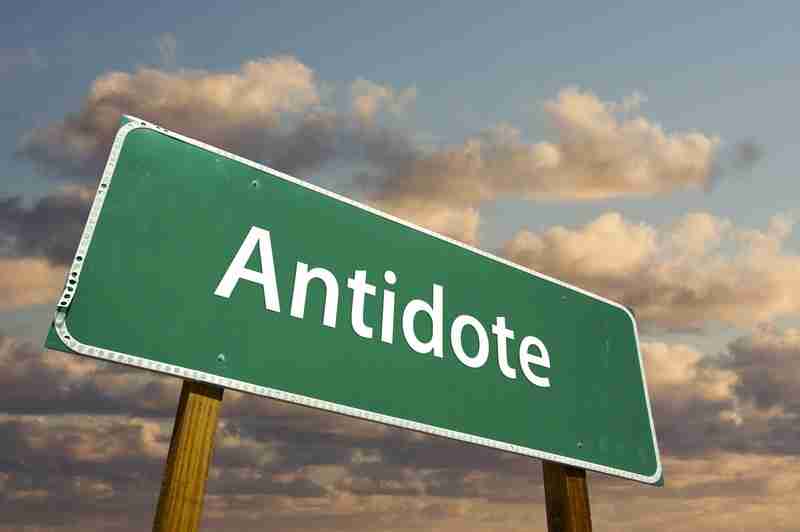 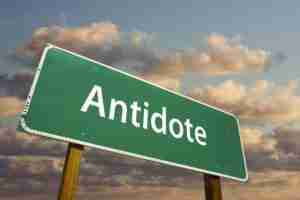 Why are we talking about “antidoting” in relation to homeopathy?

What does this mean for you as a patient or a user of remedies?!

What does it mean at all??

So let’s start out with a dictionary definition of the word “antidote”.

There are two occasions I can think of where the question of antidoting might come up.

The first is where your homeopath has told you how to take your remedy and what to do or not to do in the process. Perhaps you think you didn’t get it quite right and you’re afraid that you’ve “antidoted” or stopped your remedy working.

The second is where you may suffer a significant level of aggravation (worsening of current symptoms or old symptoms coming back strongly) and your homeopath wants to “antidote” the remedy you have just taken.

What the first question is really asking is, will my remedy stop working if I drink coffee or chamomile tea, clean my teeth with peppermint toothpaste or use essential oils. These are all the things many practitioners warn their patients about being an issue with homeopathic remedies.

The second question is asking whether it is possible to intentionally counteract the action of a homeopathic remedy due to an aggravation, ie stop it working or antidote it.

After nearly twenty years in practice I personally consider the concept of antidoting to be a bit of a homeopathy myth and one I’m sure I’ve talked about before.

Miranda Castro, who wrote “The Complete Homeopathy Guide”, had a beautiful story on her website some years ago, which she repeated when I ran a course with her recently. I always trot it out at my home prescriber workshops as an example of this myth.

Miranda said that at one time she was really dogmatic about patients antidoting their remedies, so doing things that might stop the remedy working. She lectured each patient about what they couldn’t eat, drink or do. Berated them that they had broken the rules if her prescription didn’t work and generally created a barrier in their relationship, something which is so important to homeopathic treatment.

It took a little old lady who, unbeknown to her, continued drinking coffee while still getting good improvement from her remedy, to make her realise this and change her view.

My view is if you make it too hard people won’t take their remedy or just won’t come back!

So what we need to consider is how a remedy works.

My explanation is always that the remedy stimulates the body to work a little harder to overcome the symptoms and bring the system back to balance. This is an energetic process which will keep going unless interrupted. It’s not a medicinal process.

I have always imagined this energetic process, the action of a homeopathic remedy, like the cue hitting the billiard ball. Once you’ve hit the ball, depending on how hard, it will continue in the direction it is going until it either goes into the pocket – bingo! problem solved – or hits the cushion. If it hits the cushion – which is really not very cushiony because it continues at the same momentum, but in a different direction – we still have movement but not where we were aiming. So, this is potentially a remedy that is close to correct, but not close enough, because it didn’t quite make the pocket. There is some change but it’s not quite there.

If we really were to put a cushion (big feathery one) in the path of our ball, then it would be stopped dead. It wouldn’t divert, it would literally stop. This is what we are told can happen in a very sensitive person if they drink coffee or lots of chamomile tea. I have actually never seen this in practice and I’m never sure if I don’t see it because I don’t consider it a factor to worry about greatly.

At this point it would be useful to look at what the definitions at the beginning mean in terms of homeopathy. Definition 1, “a medicine or other remedy for counteracting the effects of poison, disease, etc”, is actually how we would define what a remedy does each time we take it, although I prefer the term “redirects the energy” to “counteract”.

We are not trying to suppress the body’s attempts to tell us there is a problem, which is what happens when we take “anti-biotics” or “anti-pyretics” (for fever) or “anti-inflammatories”. We are redirecting or encouraging the energy to rebalance the system, to bring health, rather than “fighting” or “suppressing” the symptoms.

So are we really antidoting or counteracting something?

Even if someone has an aggravation from a remedy and a practitioner decides to give another remedy to “antidote” the first remedy, what is really happening is that the energy is being redirected to bring a return to health. Semantics perhaps!!

If something happens to interrupt this, and this is more often a trauma, an upset at work, a vaccination, an accident, than a cup of coffee, then the resonance of the patient changes and it is actually their own system that stops the forward action of the remedy.

This is not, however, the antidoting of a remedy, this is life!

Things have changed, the energy of the patient has changed – maybe they are now grieving or mortified or sick – and a different remedy/energy is required. The action of the remedy is interrupted or changed, but it’s not “antidoted” because we are talking about energy. We are talking about forward action, change of direction, balance.

Certainly, I did have one patient who told me they had walked past a coffee shop, smelt the coffee roasting and their remedy no longer worked. This actually tells me more about the energy of the patient and potentially the remedies likely to be required. It shows an over-sensitivity on the mental/emotional level, as much as sensitivity to interruption by outside influences.

So if you are an extremely sensitive patient (as in the example above) and your homeopath tends to prescribe only single doses and then makes you wait for a while to see what happens, you could interrupt the action of the remedy by thought, as much as deed. This is much more likely to be something on the mental/emotional level than the physical, although it’s always possible. It really needs to be something energetic to interrupt the action of a remedy and while coffee or eucalyptus are energetic to some degree, they may not have sufficient energy except in the over-sensitives.

When we explain how to take a remedy, we often say to take 10 or 15 minutes away from eating, drinking or cleaning your teeth and this is to give the remedy the best chance to act without interference. Usually a good remedy will do this whatever!

There are some lovely stories from Hahnemann’s time of women being told to put Nux Vomica in the beer of their alcoholic husbands and seeing improvement in their behaviour!! Certainly, I have parents put their child’s remedy in milk or even juice and their dog’s remedy in its food. Often this is without even realising this is not what we usually recommend, but it still works.

What I always say is, if it’s all too hard to do the 10 or 15 minute space, just give the remedy!! In acute situations where you are giving several doses or where you are taking a daily dose of your constitutional remedy, it often doesn’t matter. You keep restimulating the system into action each time you take your remedy anyway.

Let’s not overthink it, let’s just always remember that homeopathy is about energy not physical substance like a pharmaceutical product (apart from the nano-particles which are too teeny to find in the lab) and the main interrupters of the action of a remedy are more likely to be emotional upsets than coffee, chamomile or peppermint!

Melanie has used homeopathy for 30 years and has been in practice since 1998. For many years she ran The Children’s Ear Clinic in Western Australia, but since her tree change to Tasmania, has a special interest in women’s and children’s health generally and helping individuals manage their journey on the spiritual path with homeopathy and her range of essences. Melanie has developed her own methods of dealing with complex cases over the years and offers distance consultations via phone and skype to allow people Australia-wide to access her services.

Homeopathy is a traditional medicine. It may be used in conjunction with other medicines. For any ongoing chronic condition, it is important to be assessed or examined by your healthcare professional or specialist. Always seek medical advice in emergencies. The information provided in this blog does not constitute medical advice but is for information only. If in doubt as to the appropriateness of a suggestion or treatment seek advice from your homeopath.