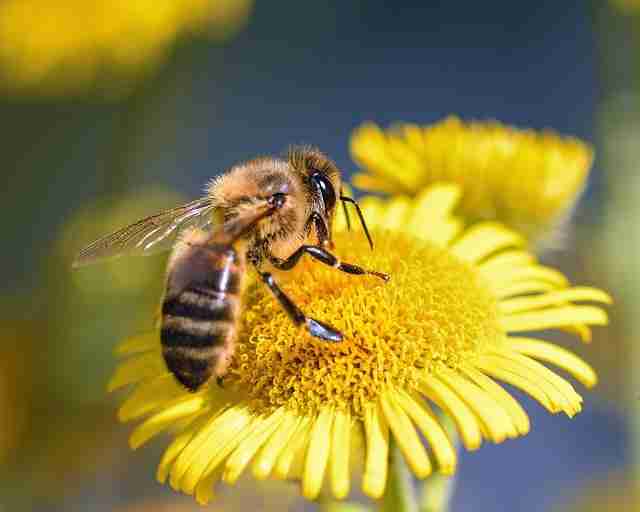 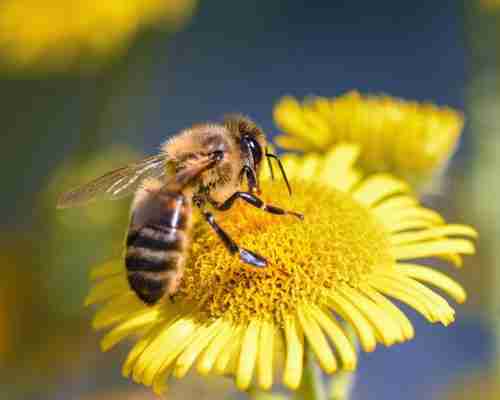 Bites and stings can be a general nuisance for us in Australia, particularly if we live in warmer parts. Over the years we have also had invasions of non-indigenous nasties such as the European wasp and the red fire ant, both of which can cause serious discomfort and illness.

A visit to the ED or the GP is always going to be required for a rapidly swelling and painful bite or sting, especially if from one of our more toxic species, but many of the more minor annoyances can be managed and soothed quite quickly with a well indicated homeopathic remedy. And a couple of remedies or one of our combinations can be useful in a home, travel or bush walking kit.

Where someone is particularly allergic to insects like bees and jack jumpers (that’s our local Tassie nasty) to the point of anaphylaxis, and this is gradually worsening over time, a consultation to strengthen and support the system can often be very beneficial and help to reduce the long term progression. Certainly my experience in clinic has been that using homeopathics seems to reduce the reaction over time, whereas use of antihistamine and epipen can further weaken the system and exacerbate reactions.

Your best bet where symptoms are serious is always to seek medical advice and over the longer term to consult with an experienced homeopath who can advise on managing such a situation, in tandem with your GP or specialist.

What to do if you can’t give anything by mouth

Where there is shock or collapse following a bite or sting, you are undoubtedly going to be heading for the hospital, but remedies may be given while waiting for medical assistance. If you are unsure or you are adhering to the “nil by mouth” rule, you could crush the pilule and rub onto the skin or drop your pilule into a water bottle, shake and apply to the bite or sting or just onto the pulse spots and forehead, just as you can with the drops themselves. Really wherever you can easily apply and this will work as well as giving by mouth.

Below are some of the more common and traditionally used remedies which can be helpful in an acute situation, with or without the addition of antihistamine or the use of an epipen, depending on the level of reactivity. Your homeopath can advise you on using remedies in this situation.

Remedies generally work quite rapidly when correctly selected. Do look at the symptom pictures below and don’t just pick Apis because it’s a bee sting!

These remedies are listed in alphabetical order for ease of reference.

Normal first aid procedures still apply, even if you support with remedies.

Aconite – This is our main remedy for shock and excessive anxiety, so a good first remedy for snake bite and similar, to reduce the spread of venom through the body.

Apis – Useful for any sting or any injury that becomes hot, very swollen, looks shiny, red and angry, and stings and burns like a bee sting. While this remedy is actually made from the honey bee, remember that it doesn’t work because it’s made from the bee, but because the symptoms appear like a bee sting. It can therefore also be good for an allergic reaction to anything which presents with hives and stinging pain and is better for cold applications.

Arnica – This is our first aid remedy par excellence and is known traditionally for its usefulness where there are symptoms of physical shock, bleeding, bruising and soreness with the wound. This can be useful to reduce bleeding and assist with healing after animal bites. The patient is quite likely to say they are fine when they are evidently not!

Belladonna – This is the number one remedy for bites from a rabid dog, with dilated pupils, delirium and wild behaviour and fear of water. I’m quite sure if this happens you will be at the hospital, so include it here for information!

Cantharis – Made from the Spanish fly, which causes extreme irritation, this is a useful remedy for any bite or sting which presents with intensely burning, scalding pain, redness and water-filled blisters.

Hypericum – This remedy can be very helpful when the bite is in a very sensitive area, rich in nerves, such as the lips or finger tips.  Pain is shooting, often up the nerve tracks.

Ledum – Use Ledum generally after any type of bite or sting. This remedy is always useful where there has been the entry of a foreign body into the system, so mosquito and insect bites, animal bites, and stings. The wound can appear white or purple, but there may just be general redness and inflammation. Often the wound feels cold, which is a keynote for Ledum, but feels better for a cold pack.The pains may be pricking and stinging and there may be redness and inflammation.

Urtica urens – This reaction presents as reddish blotches that burn and itch intensely (like a nettle sting) after insect bites. It is also a useful remedy for those very fine bumpy rashes or hives that sting and itch.

There are certain remedies, not generally included in traditional home remedy kits, which can be useful in more serious types of reactions, such as anaphylaxis. As I said above you are likely to be under the care of your GP or specialist if reactions are particularly serious, but this can be useful information to discuss with your homeopath.

Carbolic Acid  is one of the major remedies for strong allergic reactions or collapse after bee or wasp stings, with swelling of the face, tongue and throat and paleness around the mouth. Hives may also be part of the symptom picture.

Where there is shock or collapse following a bite or sting, you are undoubtedly going to be heading for the hospital, but this can be given while waiting for medical assistance. If you are adhering to the “nil by mouth” rule you could crush the pilule and rub on the skin or drop into a water bottle, shake and apply to the bite or sting or just onto the pulse spots and forehead. Drops can be applied to the skin – not necessarily directly to the wound and will have the same effect as administration by mouth. Really wherever you can easily apply should work.

Homeopathic Histamine is also a useful general remedy if none of the above remedies have worked in the past, based on the principle of ‘like cures like’ for a histamine reaction. You will need to consult your homeopath for this remedy.

If the bite goes on to become infected/inflamed, Hepar Sulph can be useful, particularly where the wound is still quite sensitive to touch.

People who are particularly sensitive to insect bites can benefit from modifying their body scent with Garlic capsules and Vitamin B1.

Over the years I’ve also found giving Caladium 6c daily can reduce sensitivity and susceptibility to mosquito bites and this is also good to do prior to and during travel if you are very prone to bites.

For overseas travel to areas where mosquito borne disease is a risk, you are best to contact me for further information on support for the specific strains.

These are our combination remedies, which can be easier to use than trying to work out a single remedy when under pressure.

Bites & Stings – is a combination which contains the remedies most traditionally indicated for a range of insect and animal bites and stings.  It contains Aconite 30c, Apis 200c, Arnica 30c, Cantharis 30c, Ledum 30c.

Ouchy This is a similar remedy but has a bit more of an infinity for the inflammatory stages of a bite or sting, so can be useful for the initial stage, but also if there is pus or inflammation. It contains Arnica 30c, Calendula 30c, Hepar Sulph 6c, Hypericum 30c, Ledum 30c, Hypericum 30c, Pyrogen 6c, Silica 30c.

Melanie Creedy originally trained in the UK in the early 1990s and holds a Bachelor of Health Science in Homeopathy. She is registered with the Australian Register of Homoeopaths (AROH) and is a member of the Australian Homoeopathic Association.
She was Vice President and Professional Development Coordinator of the Australian Homoeopathic Association from 2011 to 2015 and is editor of the AHA National Newsletter.
Melanie has used homeopathy for 30 years and has been in practice since 1998. For many years she ran The Children’s Ear Clinic in Western Australia, but since her tree change to Tasmania, has a special interest in women’s and children’s health generally and helping individuals manage their journey on the spiritual path with homeopathy and her range of essences. Melanie has developed her own methods of dealing with complex cases over the years and offers distance consultations via phone and skype to allow people Australia-wide to access her services.
Homeopathy is a traditional medicine. It may be used in conjunction with other medicines. For any ongoing chronic condition, it is important to be assessed or examined by your healthcare professional or specialist. Always seek medical advice in emergencies. The information provided in this blog does not constitute medical advice but is for information only. If in doubt as to the appropriateness of a  suggestion or treatment seek advice from your homeopath.