I always love to share data about homeopathy; both research and successful cases. Sarah Saunders, a homeopath in Sydney and a keen researcher, wrote this great article for the Aurum Project, our very own Australian research organisation, dedicated to improving the health and wellbeing of children through natural medicine research. The Aurum Project website is here if you’d like to read more and more importantly become a supporter.

When the conversation turns to healthcare, Sydney homeopath Sarah Saunders has more than a couple of her personal adventures to tell people about. They are impressive and they involve using homeopathy with success. But while she knows the stories are incontrovertible, the other person so often feels compelled to say “… but there’s not much research about homeopathy is there?” Or ask another question which may make her roll her eyes. However, in the spirit of there is no-such-thing-as-a-dumb-question she can choose to believe they’re just ill informed. The next time she’s at a party, she says she will have her answers and her facts ready. In our new pandemic world that may be a while, so there’s plenty of time to perfect her retort. She’s made a great list here to share with you for when you’re in a similar situation and we thank Sarah and the Aurum Project for letting us share her article with you here at Elements of Health!

There’s not much research about homeopathy is there? Well actually…..

When asked about Homeopathy research, Robert Medhurst says “It does exist, it’s easy to find, and it’s abundant.” Medhurst has collated homeopathy studies from the 80’s till 2020.

The best answer to  “What is Homeopathy?”

Most importantly, homeopathy is a nanomedicine which has a potential to make great changes to a persons health. It is widely known that our hormones and cell signal agents operate at this nanodose level. The bottomline is that nanodoses are able to penetrate cell membranes and blood-brain barriers with much greater ease than large molecules…and nanodoses are considerably safer too.

Can homeopathy really be used for an acute complaint?

Simple answer: yes. Does homeopathy really work? Simple answer: yes. Depending on the nature of the acute health complaint, the consultation will take approximately 20 minutes.  The homeopath will ask for a substantial amount of information before prescribing a remedy. Once the remedy has been prescribed, relief from the acute complaint can sometimes be seen quickly.

Is there any research about acute complaints?

A study involving 230 children with acute otitis media were treated with homeopathic treatment or placebo.  After 12 hours 72% of those using homeopathy experienced significant relief of symptoms.

What about chronic, long term or recurring complaints?

People commonly consult a homeopath for help with anxiety, insomnia or arthritis which are examples of chronic complaints. Homeopathy focuses on the individual, so in order to find a correct remedy for a chronic complaint, the physical, emotional and mental symptoms will all be taken into account when choosing which remedy to prescribe. Length of treatment of a chronic complaint is dependent on how long the complaint has been around. One very general rule of thumb is that for every year that a person has suffered from a complaint, it will take a month of treatment. In this instance, a follow up appointment may be diarised for 3 – 4 weeks. There are many different kinds of homeopathy research conducted about chronic complaints.

Some of the different of homeopathy research studies:

One of the best articles that give evidence that homeopathy works, comes from the Bristol Homeopathic Hospital, UK. It is part of the NHS teaching trust, which undertook a 6-year outpatient study. There were 6,544 participants suffering from a broad range of chronic complaints such as: dermatology, neurology, chronic fatigue, rheumatoid arthritis, gastroenterology, psychiatry, respiratory illness and ear, nose and throat problems, as well as childhood eczema, menopausal symptoms and migraines. In the study all of the 6544 patients had consecutive follow ups during the 6-year period (23,000 consultations).

Outcomes were based on scores on a 7-point rating scale at the end of the consultation which were compared to the initial assessments. The results showed that 70.7% reported positive health changes, with 50.7% recording improvements as better (+2) or much better (+3). 1270 children received treatment and 80.5% had improvement and 65.8% were better (+2) or much better (+3).  The 6-year outpatient study was very thorough and produced outstanding results.

The RCT is a trial in which subjects are randomly assigned to one or two groups. Group one (the experimental group) receives the homeopathy, and the second group (the comparison group) receives placebo. The results and subsequent analysis of the trial are used to assess the effectiveness of the homeopathic remedies.

In 2009, Dr Robert Mathie made a presentation to the UK House of Commons, which had been put together by the research development officer of the British Homeopathic Association. Mathie provided a comprehensive overview of all randomised clinical trials conducted in homeopathy from 1950 until 2009. The research was a reliable assessment of the data chosen, with a strenuous analysis of homeopathic research which proved that homeopathy had a greater effect than placebo. These conditions included:

There were 51 participants with perennial allergic rhinitis. They were given a random dose of 30c homeopathic preparation of inhalant allergen or placebo. Before starting the trial, a doctor assessed each patient’s history, allergy status and nasal obstruction. The allergen determining which homeopathic would be prescribed, was chosen on the basis of allergy skin testing.

The group given homeopathy, had a significant improvement in nasal airflow compared with the placebo group. Both groups reported improvements in symptoms, with patients taking homeopathy reporting more improvements in all but one of the centers.

The objective results reinforced evidence that homeopathic remedies differ from placebo. Patients in the homeopathy group had an overall improvement, averaging 21% compared with 2% in the placebo group over the third and fourth weeks.

(c) An example of Quantitative Research: Homeopathy for Infertility

Quantitative research deals with data that are numerical or that can be converted into numbers.

Linda Razzell, a homeopath from South London conducted quantitative research with two groups of women. She studied homeopathic treatment for infertility in females. She compared women who used homeopathy alongside conventional medical infertility treatment and those who used homeopathy as their chosen therapy. 81 participants were treated between 1990 and 2003. The women’s ages varied from 22 to 44 years, 14% in their twenties, 62% in their thirties, and 25% aged between 40 – 44. A large majority of the women 78% had been on the contraceptive pill.

The outcome of treatment was that 29 (35.8%) women became pregnant as a result of homeopathy, twenty of whom only received homeopathy and nine were using homeopathy and conventional medical infertility treatment.

Due to the health information received, it was speculated that women with infertility problems may in some ways have a higher level of ill health due to fibroids, cysts and a family history of infertility or cancer.

Around 30% of women drop out after unsuccessful IVF due to cost, physical and emotional demands. Overall, for women starting IVF 33% will fall pregnant. Therefore, if this statistic is compared to Linda Razzell’s research, although only a small number of women took place in her study, 35.8% of the women who became pregnant were using homeopathy.

The most robust data on efficacy of homeopathy comes from a 2014 meta-analysis of placebo-controlled double-blind randomised controlled trials which found that homeopathic medicines, when prescribed during individualised treatment, are 1.5- to 2.0-times more likely to have a beneficial effect than placebo.  This study is one of the four recently conducted by Dr Robert Mathie. As Dr Mathie explains, when taken collectively, this work reaches an “unequivocally positive result” for homeopathy.

Systematic reviews are used to filter conclusive, reproducible information – usually concerning the effectiveness of medical interventions – from the overwhelming quantity of individual study results. These are four of the reviews which concluded a positive effect for homeopathy:

Perhaps it is during the manufacturing of ultra-high dilutions that interactions between molecules of the active ingredient (e.g. plant material) and the water it is dissolved in, create new structures. This process effectively imprints information from the active ingredient into the water it is dissolved in, so that even when there are no longer any molecules of the plant left, its characteristics remain in the water.

In 2009, Nobel prize winning virologist Professor Luc Montagnier (known for co-discovering HIV) published the results of a series of experiments investigating the electromagnetic properties of ultra-high dilutions. His team took samples of biological material such as disease-causing bacteria and fragments of DNA and prepared them in a similar way to homeopathic medicines (i.e. serial dilution and agitation). At dilutions when you would no longer expect molecules to be present, the samples still gave off electromagnetic signals. The researchers suggested that the electromagnetic signals were produced by ‘nanostructures’ created during the preparation process, i.e. tiny new structures formed in the sample by an interaction between molecules of the active ingredient and the water it is being diluted with.

In an interview for Science magazine when asked: “Do you think there’s something to homeopathy…?” Montagnier replied: “I can’t say that homeopathy is right in everything. What I can say now is that the high dilutions are right. High dilutions of something are not nothing. They are water structures which mimic the original molecules.”

(g) Animal studies: If homeopathy works on piglets then it’s not placebo

Some of the latest research in homeopathy was about using Homeopathy as a replacement to antibiotics in the case of Escherichia Coli Diarrhoea in Neonatal Pigs was conducted by a team at Wageningen University in the Netherlands. Liesbeth Ellinger who led the research, is a veterinarian who specialises in using homeopathy. She wanted to research a topic which was already proven to be relatively easy to treat in animals and was an acute health problem which had clear symptoms. She said “This is because that is where you can see the fastest changes with homeopathy”. 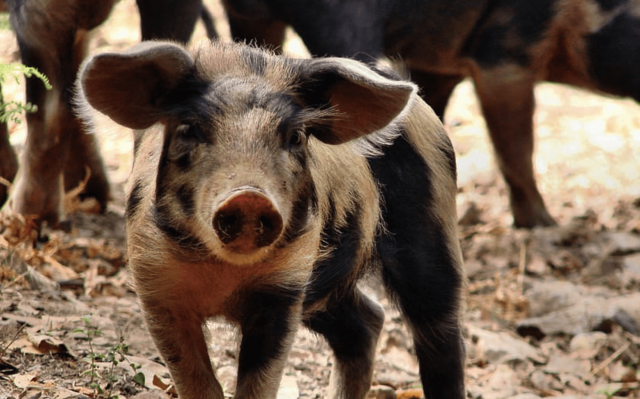 On a commercial pig farm, 52 sows in their last month of gestation were used in the trial, 26 were given placebo and 26 a homeopathically potentised preparation of E. coli. It was given twice weekly for a month.

The results were just splendid and the research has become famous as an example of animal research in homeopathy. The 5 sows gave birth to 525 piglets; 265 from the placebo group and 260 from the homeopathic E. coli group. All were monitored for E. coli diarrhoea. On analysis, the results from the observations groups found that the piglets from the placebo group had a diarrhoea incidence that was 6 times higher than the piglets from the homeopathy group.  Only 4% of the piglets treated with homeopathy developed diarrhoea.  In the control group 25% of the sows given placebo developed diarrhoea.

The homeopathically treated pigs’ results were outstandingly more positive than those given placebo. Therefore, homeopathy was proven to be six times more effective.

This new research in homoeopathy was important because the use of antibiotics in the livestock sector is increasing to such an extent that it can lead to negative aspects for human health, animal health and the environment.

So for that short sharp answer I need at the post-covid celebration party: “Homeopathy has been around for 200 years, it’s used by hundreds of millions of people worldwide and there is an abundance of high quality homeopathy research. It even works on piglets!”

Thank you to homeopath Sarah Saunders for writing this blog and giving us more evidence that homeopathy works..

Sarah is a homeopath based in Sydney who has a passion for homeopathy research and she has an interest in homeopathy infertility research. Also, Sarah is the homeopath/artist who made the First Aid Homeopathy poster which sells in the HHC online shop.